The myth of SYRIZA failure in two graphs

The IMF claims that Greece was on its way to recovery, before SYRIZA ruined it. What is this based on?

We cannot look at results, because there has not been enough time to see results from SYRIZA policy changes. In the following graph, based on Eurostat data1, we can see that Greek GDP did in fact decrease during Q1 2015. As it does for every Q1. 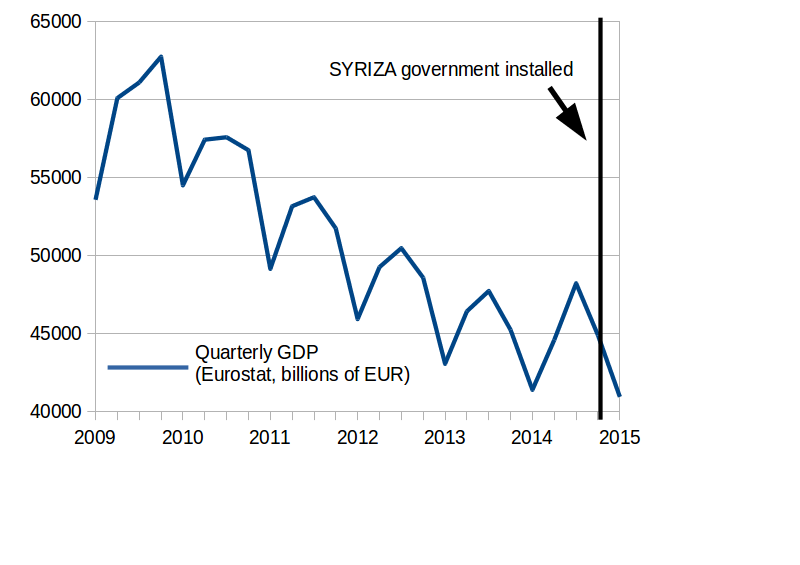 What, then, is behind the claims? Projections. According to IMF predictions, the Greek economy was about to grow, but now, according to their predictions, it will not. The problem is that the IMF have published many predictions over the last few years, and they have all been wrong. Every year234567, they are grossly overoptimistic. 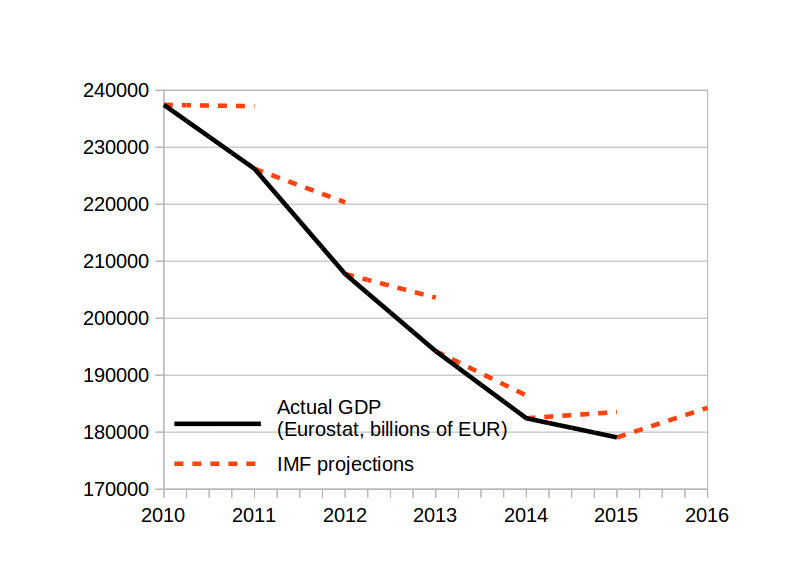 Conclusion: The IMF cannot predict how the Greek economy will develop. Any attempt to rate the SYRIZA economics based on IMF predictions is invalid.